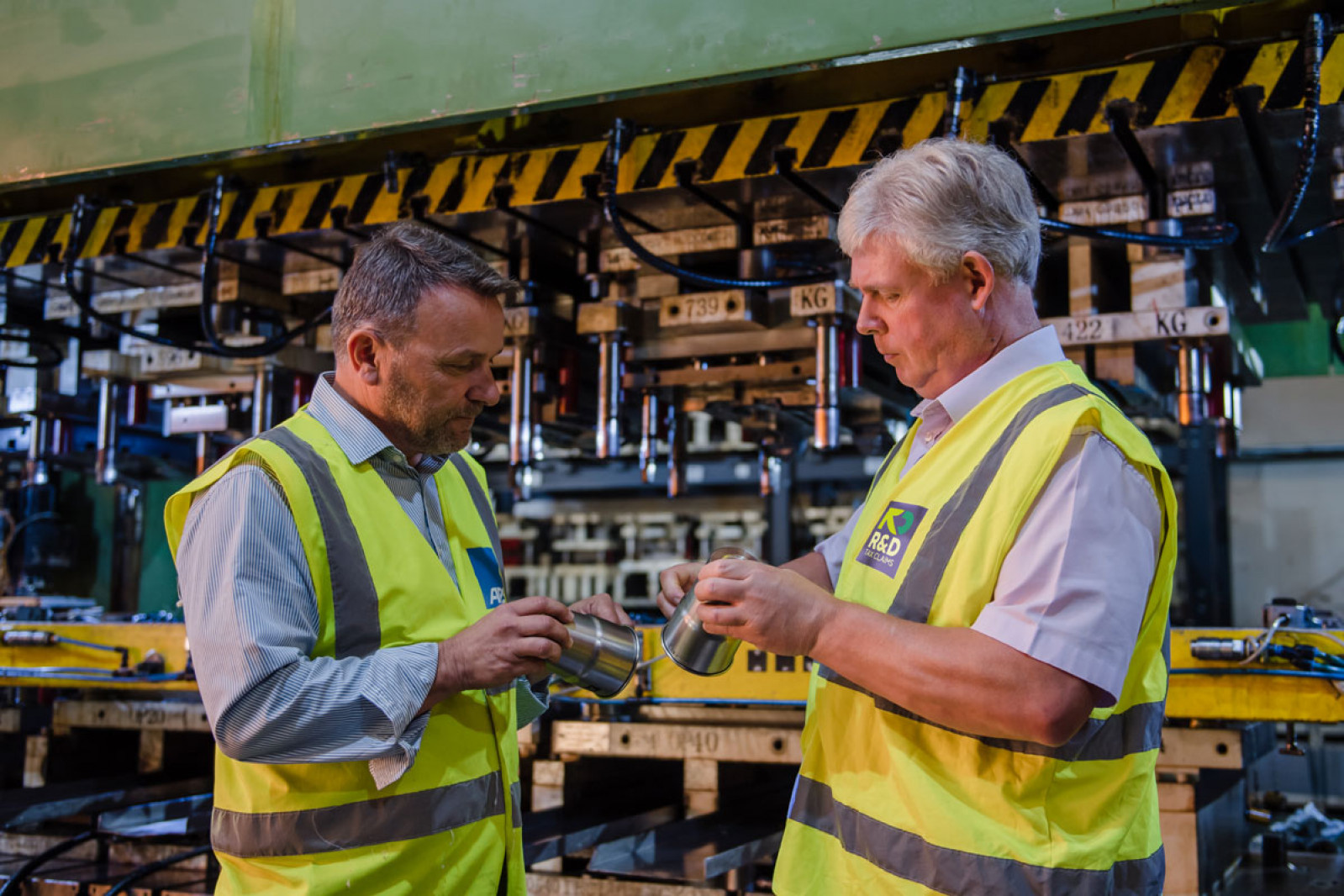 The business, set up by Phil Smith from his garage in 1970, now has a turnover in excess of £8 million, with an enviable client list including some of the world’s leading car manufacturers.

Innovation has been at the heart of the business since its inception, with Phil trialling and testing metal-forming techniques to create new tools from the outset. Today, the business is led by his son, Paul Smith, who continues to recognise the importance of designing and developing unique, high-quality and cost-effective solutions to meet client requirements.

Paul Smith, Managing Director, APS Metal Pressings said: “In the 1970s and 1980s, our premises were surrounded by metal-pressing companies; today, we are the only one. Our successful growth has been founded on our willingness to invest in automation and to take on challenging projects, which often require a new approach to achieve tooling life and meet cost benchmarks.

“These projects inherently involve R&D; however, it was not until we were approached by R&D Tax Claims that we became aware that we would qualify for tax relief. We have now secured over £300,000 in tax relief, simply by doing what we usually do. I would wholeheartedly encourage other manufacturing businesses to do the same. Working with R&D Tax Claims didn’t cost us a penny until we secured our tax refund, making the process risk-free.”

Mark Evans, Chartered Accountant and Managing Director of R&D Tax Claims, was prompted to get involved in this area in 2009, having recognised that many manufacturing and engineering companies were unaware that they could reclaim through the HMRC scheme. Mark Evans commented: “R&D Tax Claims has been sponsor of Made in the Midlands since the start in 2009 and, whilst I have helped members claim over £6 million in R&D tax credits to date, a staggering £7 billion goes unclaimed every year.”

Paul Smith, Managing Director of APS Metal Pressings, agreed: “Our dedicated Account Manager at R&D Tax Claims is Paul Sherborne. From the outset, it was clear to see that he understood our industry, bringing with him decades of experience working in the automotive, aerospace and electronics industries, both here in the UK and around the world. “Paul liaises directly with our project managers, technical experts and estimators, providing them with everything they need to record time spent on R&D, making the process simple and easy. Importantly, Paul also takes the raw data and technical information he collects and compiles it into a detailed report, ensuring that it complies with HMRC’s guidelines for making a successful claim.”

Welcome to our microsite, please tell us your name, company and email to chat with a member of the team.